If you have listened to many of Vishen Lakhiani talks, or taken Becoming Limitless, then you have heard the story of a guy sitting in Starbucks trying to figure out how to make 100 million in one year. You may not have heard his name though. It was Patrick Grove, a successful entrepreneur, or, what he calls himself, a Die Hard Entrepreneur. This guy sits down and solves problems and then sets a vision and makes it real.

Vishen interviewed him about his journaling and how he uses it to solve problems, and it’s quite interesting. If you have thought about becoming bigger and better, then what he says will interest you. Following is the video of the interview. If you don’t have time to watch it, you can find the quotes from Patrick Grove that I thought were important below the video.

Patrick says that a lot of people are asking ‘why’, but when you replace it with ‘how’, you can figure out a way to do it – you can find an answer. Patrick said that at first, he was using his journals to complain, but then he started to ask ‘how’, and everything started to come together. The more Patrick asked ‘how’ in his journals, the more he would find a way to solve the problems through business.

Usually, if you do about four or five sessions, you start to get crystal clear clarity on how to solve a big question.

I’m not sure how long you have to sit there journaling each session – or how long he sat there, but I do know later in the video he suggests sitting down for an hour at least. He says that after you get that clarity, you can start developing the plan and then executing it. 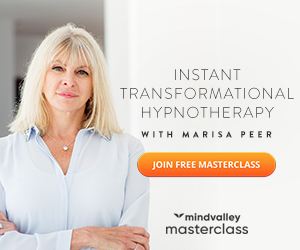 If I’m not going to be crazy, I’m never going to figure this out.

Because people who stick to the norm don’t figure out the things that haven’t been done yet or seem impossible.

I would think that this is part of the reason he is so successful. If you are focused on the money, you are looking in the wrong place for your answers.

I determined that for me to be balanced, I need to be happy with my progress on each of the six Fs.

The six Fs are finance, family, friends, fitness, figureheads, fun. He says in an Instagram post that his six Fs are a guide during his journaling process to help him prioritize what matters and what he wants to improve on.

I felt that there was more than just thinking about [things] and envisioning.

The Secret taught everyone to wish for what they want, but getting what you want doesn’t work like that. Patrick says that the ‘how’ is the important thing and too many people forgot ‘how’ and just think about what they want.

Lastly, Patrick says that however you schedule your life, commit right now to block out one hour (I’m assuming a day) and start journaling. He thinks you will start to get addicted to it and find it therapeutic.