When You Don’t Speak Up, You Could End Up Blowing Up

1. I Deserve To Be Heard

First, it’s important to believe that you deserve to be heard. There’s a good chance that you don’t feel as if you do if you are afraid to speak up.

You opinion, voice, and feelings are important. That’s the simple truth of it.

There is not one person on this earth who doesn’t deserve to be heard. Everyone deserves to have input and be heard.

2. In Order To Have The Life I Want, I Need To Speak Up

You may not want to speak up because it’s too uncomfortable, but guess what? The only way you are going to get the life you want is to speak up.

If you don’t speak up, other people cannot understand where you are coming from, what you want, or what you have to offer them. They can’t help you.

For instance, a friend of mine felt like she deserved a promotion, but she never spoke up about it. Instead, she stewed in her anger as she watched other people get promoted when she knew that she was better qualified than them. She wanted the boss to approach her and offer her a promotion, based on her performance. But everyone else was always in the boss’s ear and she seemed to fade into the background. Then, one day, she spoke up. She told her boss why she thought she deserved a promotion and made it clear that she desired to have one. Within two weeks, her boss promoted her to a job that held a higher title, had better hours, paid more, and came with better perks.

She now tells everyone that even if you don’t want to speak up – or don’t think you should have to speak up, you got to speak up if you want to get noticed. It will help other people see what you are capable of and why they should pay attention to you.

3. I Can Inspire Others When I Speak Up 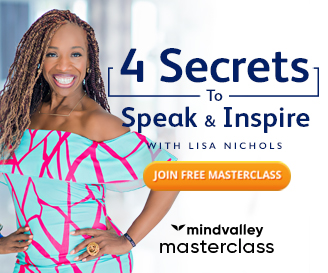 If your goal is to make an impact in this world, then you need to speak up. You can’t transform, motivate, or inspire other people if you don’t speak your mind and share what you know or have experienced.

Things you say could help:

For instance, when I was young, I worked at a hospital in a housekeeping job. I kept to myself in the beginning because I didn’t really know anyone. One day I felt the need to approach a woman and talk to her. We started chatting about various things, and soon we started hanging out on our breaks together. She later told me that she had been in a deep depression when I approached her, and some of the things I said helped her start to come out of it. I was moved that speaking up (in such a small way) did something so profound.

Make sure you speak up as often as you can because you never know when you are going to impact someone’s life in a big way.